There’s something for everyone at Evergreen Museum. Sit in on a docent presentation, celebrate holidays at the museum, or watch documentaries or your favorite aviation flick on our big screen! 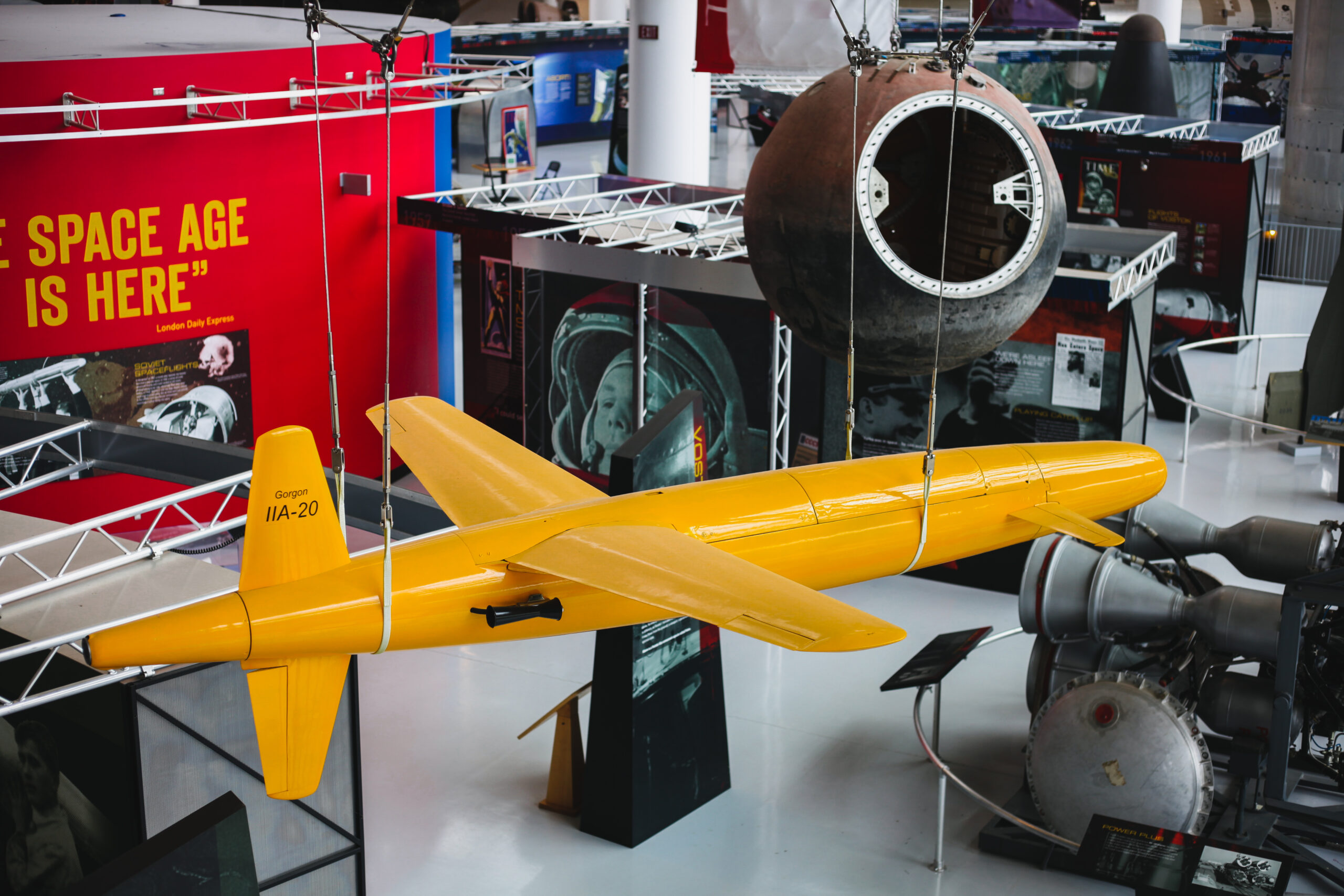 Descriptions & illustrations of the museum’s collection of rockets and missiles is highlighted. Specifically described are the early development of the German V1 and V2 rockets, and how this led to the initial American entries. The early intercontinental ballistic missiles, the Atlas, the Titan I, and the Titan II are covered. This evolution resulted in the widely used Minuteman missile.