Our Restoration team is the longest-serving division of our volunteer programs here at Evergreen Aviation & Space Museum. They were the ones that put the Spruce Goose back together and restored it to its original beauty, and they have completed restorations on most of the aircraft on display on the Museum floor today.

Our team takes pride in adding a significant artifact to our collection so that visitors from all around the world can enjoy another piece of aviation or space history. 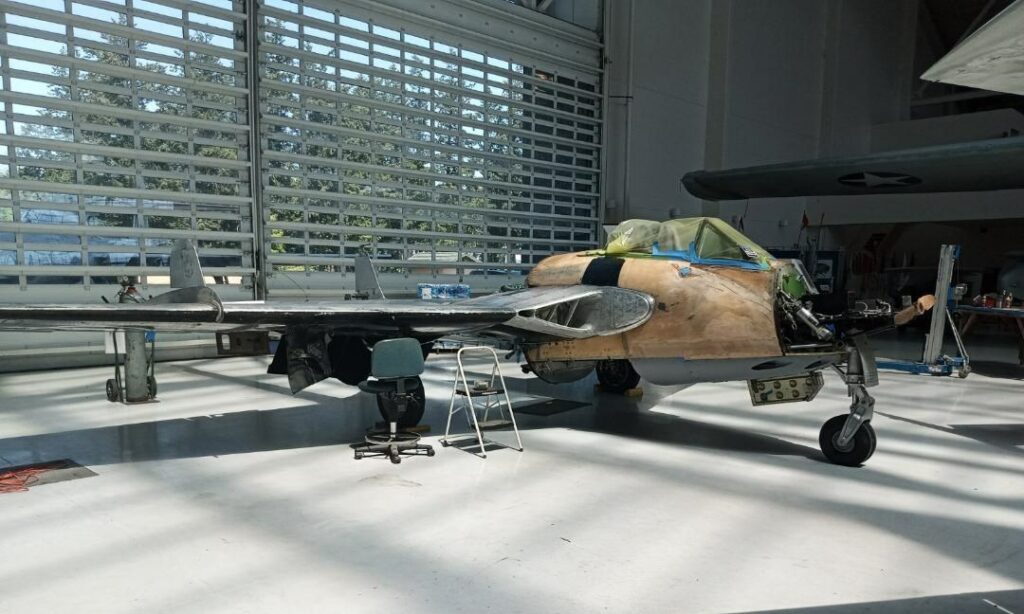 We are currently accepting volunteer applications to add to our Restoration team.

The F-86 Sabre is the first swept-wing aircraft in the United States’ fighter inventory and a staple of Korean War aircraft. This F-86 came to the Evergreen Museum in 2014 and underwent restoration by Museum volunteers in 2021. The F-86 Sabre is now on display in our Korean War exhibit in the Aviation Museum. 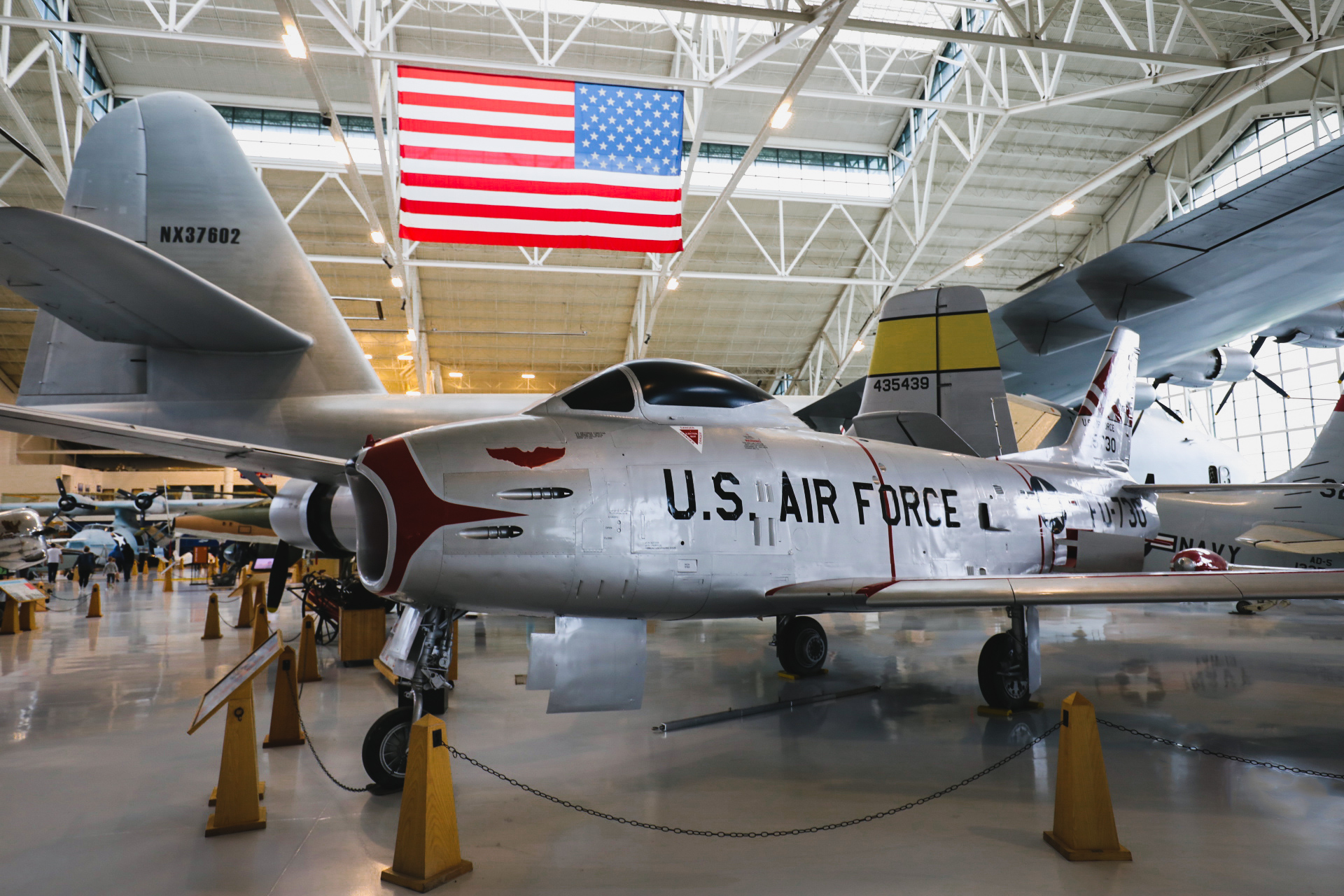 The Venom’s distinctive twin-boom configuration was derived from its predecessor, the DH 110 Vampire. The Venom was one of the most important first-generation jet fighters, and there are reportedly only four to six flying Venoms left in the world.

Evergreen Museum acquired this DH 112 Venom from Ram Jets Museum in Utah, and it originally flew with the Swiss Tail #J-1730. This aircraft is in the final stages of prep before being painted early next year. We are finishing this Venom in Swiss J-1730 colors. 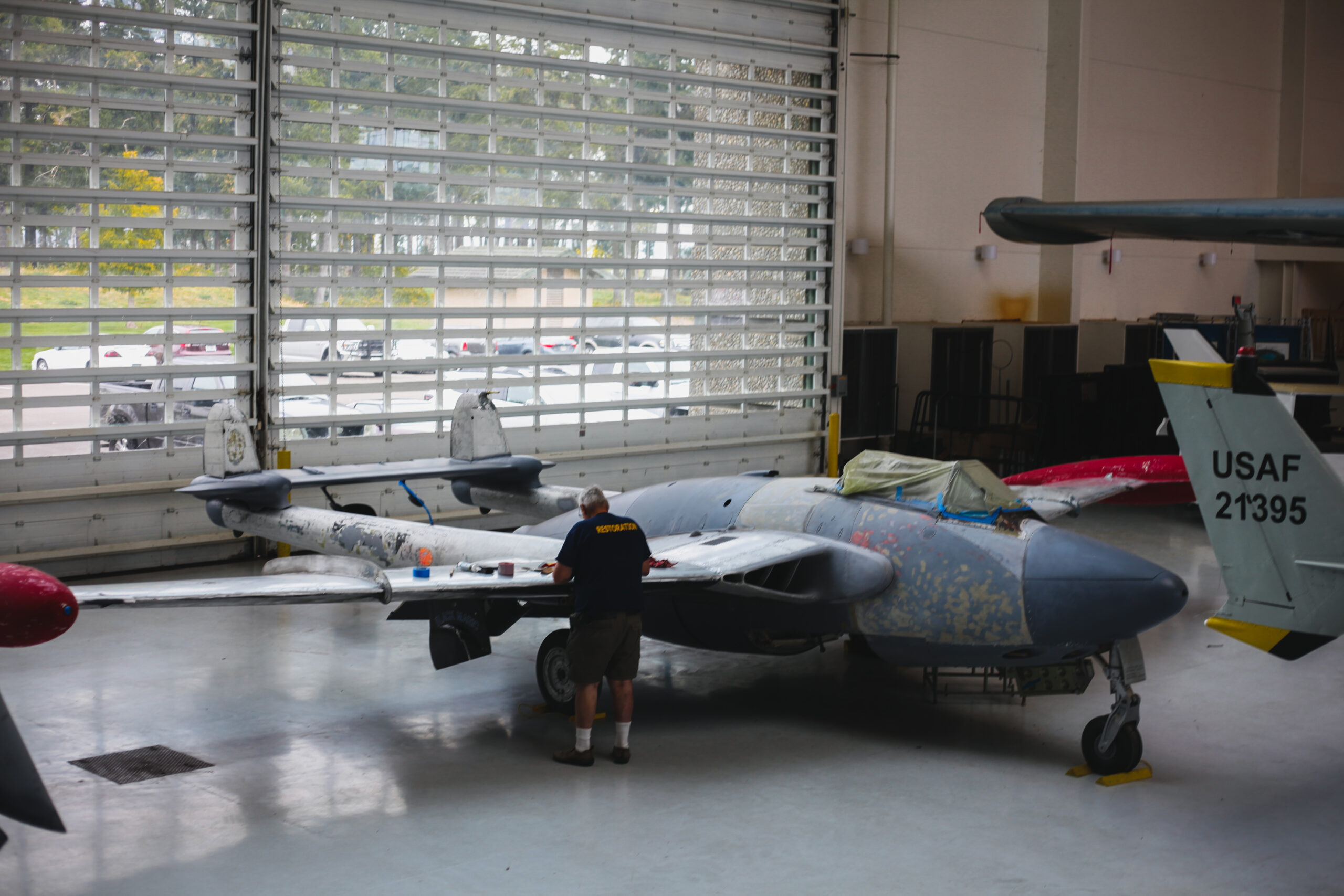 The Venom will be a static display in the Aviation Museum in 2022.

We need your help to bring these pillars of aviation history back to their original glory.